Democracy is dying in darkness. Let there be light on the streets and squares. #DAMstratie 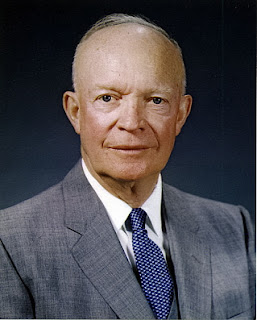 Was President Eisenhower was right in his farewell address when he warned that?

"Today, the solitary inventor, tinkering in his shop, has been overshadowed by task forces of scientists in laboratories and testing fields. In the same fashion, the free university, historically the fountainhead of free ideas and scientific discovery, has experienced a revolution in the conduct of research. Partly because of the huge costs involved, a government contract becomes virtually a substitute for intellectual curiosity. For every old blackboard there are now hundreds of new electronic computers. The prospect of domination of the nation's scholars by Federal employment, project allocations, and the power of money is ever present -- and is gravely to be regarded.

Yet, in holding scientific research and discovery in respect, as we should, we must also be alert to the equal and opposite danger that public policy could itself become the captive of a scientific-technological elite.

It is the task of statesmanship to mold, to balance, and to integrate these and other forces, new and old, within the principles of our democratic system -- ever aiming toward the supreme goals of our free society."
https://www.americanrhetoric.com/speeches/dwightdeisenhowerfarewell.html
Today the highly respected British Medical Journal describes how the things Eisenhower warned us about in 1961, have come to pass in 2020:  "Politicisation of science was enthusiastically deployed by some of history’s worst autocrats and dictators, and it is now regrettably commonplace in democracies. The medical-political complex tends towards suppression of science to aggrandise and enrich those in power. And, as the powerful become more successful, richer, and further intoxicated with power, the inconvenient truths of science are suppressed. When good science is suppressed, people die." https://www.bmj.com/content/371/bmj.m4425
I am on Dam Square, Amsterdam every Sunday from 1pm until 3pm (after mass on the street because the church is "full") until emergency laws are lifted as they have been in Florida, Sweden, etc. #DAMstratie
Posted by Ansgar John Brenninkmeijer at 10:32 AM

Mario Gonnet on Twitter
Policitians have kidnapped the so called "science", like they kidnapped religion in the medieval era...

Scientifics in the other hand were ready to abandon the scientific method in exchange of pennies, like church did.